For those of you who want to have a vacation with a different atmosphere, you could come to the Bali Festival Park which is famous for horror and a place that is cursed by local residents. There is nothing wrong with having an horror travellin.. In that way, this place can become a location that is quite challenging and full of adrenaline.

As the name suggests, the Bali Festival was an amusement park that are now not opened and left untreated. The weeds and fragile walls of the building give a horror atmosphere like in a film Jurassic Park. You will be surprised by the atmosphere in it.

Who would have thought, this famous horror building in Bali is still interesting to visit. The building that was previously unused and left neglected is now becoming crowded because of the many chic spots and gravity as well as hand-drawn graffiti that add to the aesthetics of this building. Not surprisingly, Festival Park Bali is often used for photo shoots and you might often see it on your friends' Instagram stories. 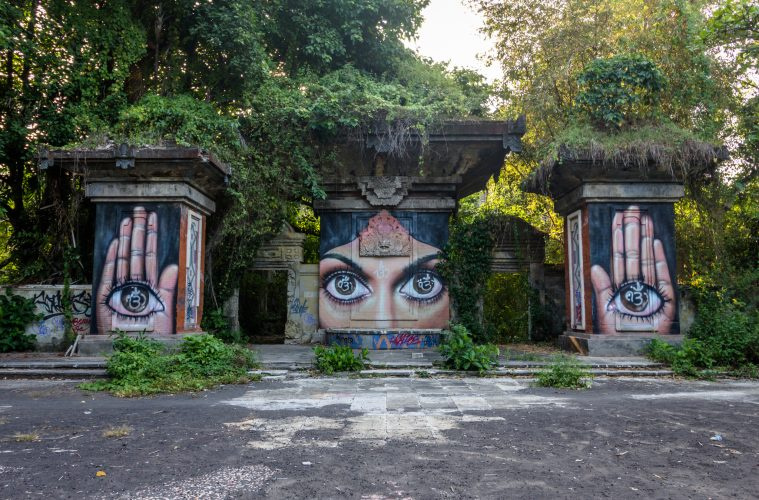 History of the Bali Festival Park

This Bali Festival Park was built in 1997 and is a place that contains many rides, starting from a theater, amphitheather, 3D theater, zoo, natural attractions and even artificial mountains that can erupt non-stop.

However, in 1999 the Park Festival went bankrupt. The bankruptcy was caused by the monetary crisis where the building which was staying was very luxurious and magnificent was unable to complete the construction due to lack of funds.

There are still many buildings that have not been completed and leave a framework that gives a horror impression. Plus the fire disaster in 2012 which adds to the horror sensation of this place. When you visit this place, you will feel like you are in a horror film shooting area.

There are even rumors that the crocodiles from the breeding pool of Festival Park Bali are still left there, and there are also rumors that some visitors disappeared when visiting the crocodile pond. Even so, according to local residents, the crocodiles in the pond have been moved to the Surabaya Zoo, but some have escaped and settled there. 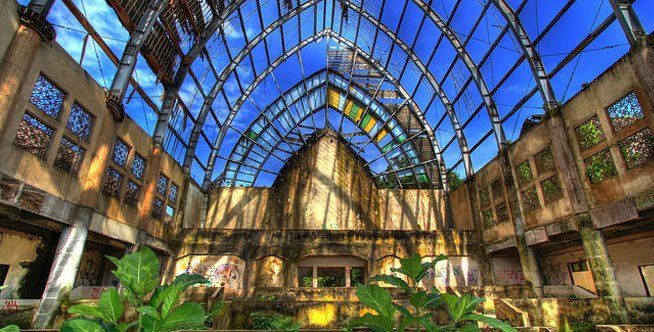 The Location Of The Bali Festival Park

Festival Bali Park is located in the Padang Galak Beach area, Kesiman Petilan Village, Sanur. What needs to be considered when you go to Festival Park Bali is often to see road signs, because this hundreds of hectares of land is already planted with weeds and weeds so that the entrance to this place looks like a forest.

For those of you who visit Festival Park Bali, around this location there are many other tourist attractions if you want to continue your vacation trip. Such as Sanur Beach, Padang Galak Beach, Le Mayeur Museum, Cryoow Doll Workshop, Sindhu Market, and Bali Orchid Garden.

Are you interested in taking a vacation while testing your courage in this Bali horror tourist spot? We suggest you not to come at night, because the locals don’t allow visitors to come at night.