Exploring the Island of Sumba

An Award Owned by Eastern Indonesia

The country of Indonesia should be grateful for the gift of beauty and uniqueness that it has which is so admired and that will make any country feel jealous and want to have it. Especially the natural beauty that stretches widely, making Indonesia has hundreds of very beautiful islands.

Sumba Island is located in East Nusa Tenggara which is the southernmost of Indonesia. Sumba Island is one of the islands that holds a wealth of beautiful and unique Indonesian landscape.

Exploring the beauty of the island of Sumba

The position of the island which is directly facing the Indian Ocean makes Sumba nature has an amazing view. Its beauty is not only limited to the beach but also several other things such as waterfalls, savanna fields and hills. Of course, its beauty is already known not only by the local community itself, but also includes people from abroad. Here are 7 places that are favorite tourist destinations on the island of Sumba that must be visited!

Mbawana Beach, also known as Bwana Beach, has a wide stretch of natural beauty that made the island have been nominated for Anugerah Indonesia II in 2017 as the most popular new tourist destination. This beach is located in Kodi District, Southwest Sumba. One of the uniqueness and beauty of this beach is the cliff of a coral statue that jutted into the beach to form a wall with a large hole in the middle. In addition, the perforated reefs on the beach add to the beauty of its beaches.

Another beauty at Mbawana Beach is the incredible sunset views that blend into the elegance of the sun. Orange dusk that bounces off the surface of the water will produce a beautiful perforated cliff silhouette. This is a natural panorama that can attract every heart of the tourists who see it. In addition, the waves are big enough for surfers to carry out the action. 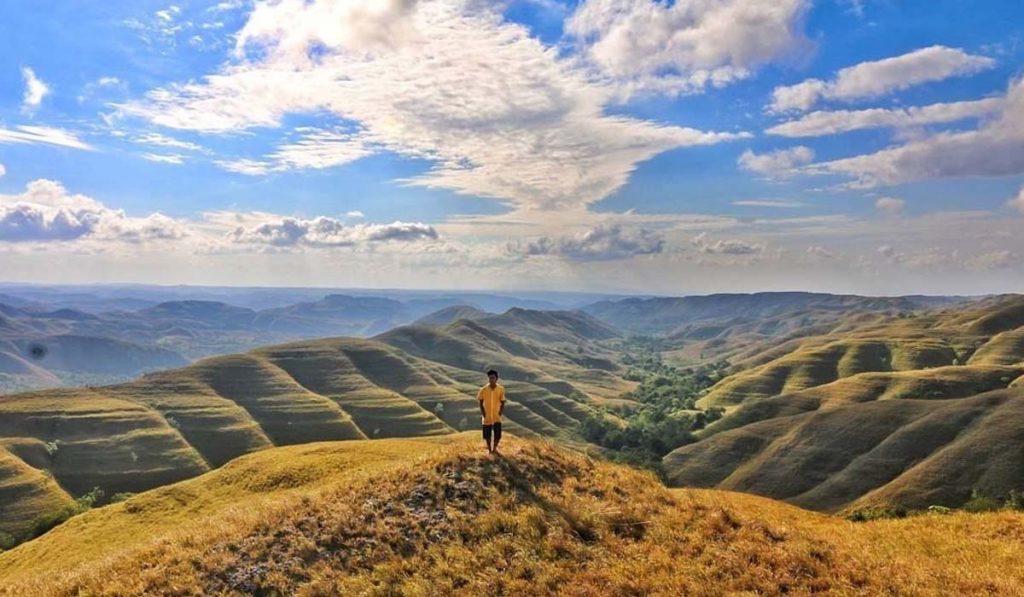 Different with Mbawana beach, Bukit Wairinding has a charm of beauty in the vast hilly landscape with amazing curves. This hill is located in the village of Pambota Jara, Kecamatan Waingapu City. 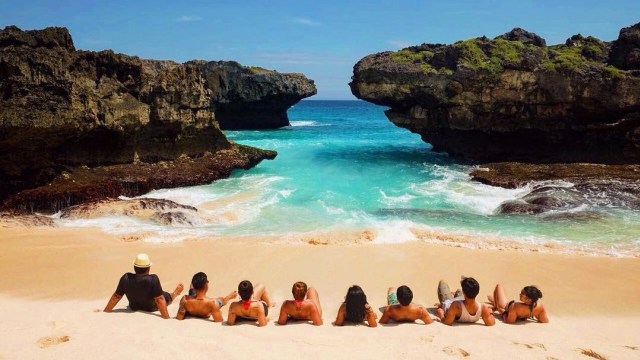 Mandorak Beach is a beautiful beach with clean white sand and sparkling like pearls. Mandorak Beach also has quite large sea waves, but it is still at a safe level. So this beach is famous for its sea which is suitable as a surfing spot. There have been many international surfers have come to this place. Mandorak Beach is surrounded by towering cliffs as if been the background of this beach. In addition, there is a waterfall that can be used for bathing.

Especially the sensation when witnessing a stretch of white sand that sparkled from a height, rocks to the ocean that looks amazing and crystal clear water that makes this beach has a pristine atmosphere. 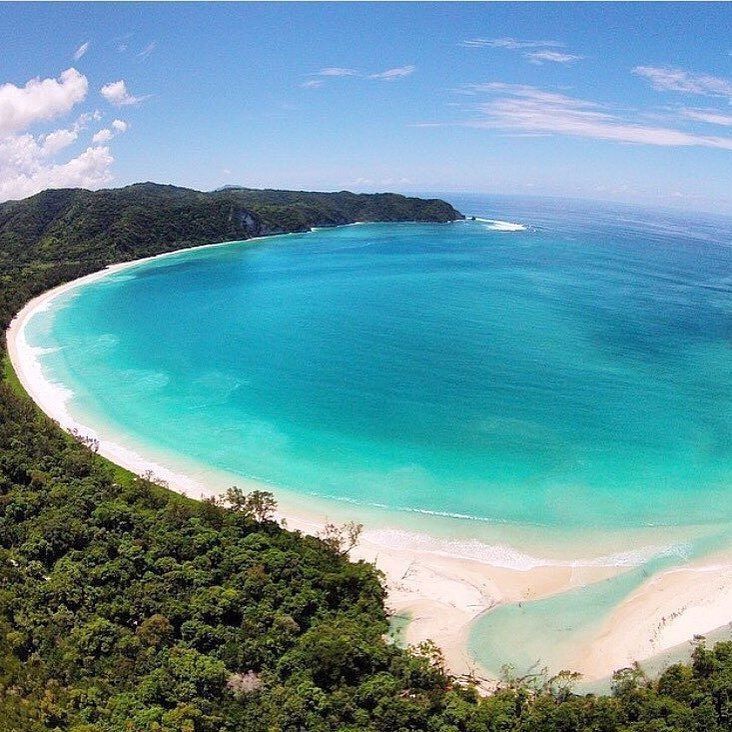 This beach is one proof of the beauty of Sumba Island. Tarimbang Beach or which gets the name hidden paradise is very amazing and beautiful with natural beaches located between West and East Sumba. For every tourist who visits this beach can do a variety of activities such as sitting by the beach while looking at the beautiful scenery, swimming and even this beach is also suitable for surfing.

The beauty of Tarimbang beach is enhanced by the view of the big waves, white sand and high cliffs that surround it. Especially the big waves coming from the sea have gradations that look very beautiful when seen. In addition, this beach has a characteristic that is also one of its attractions. Where there is a freshwater lagoon near the beach that looks very beautiful and has very cool and refreshing fresh water. This lagoon which then separates the sea with rivers that empties into the Tarimbang Beach. The water of this lagoon also has a beautiful green color and is adorned with the background of a lagoon in the form of a small verdant forest that stands firmly in the hills behind it. 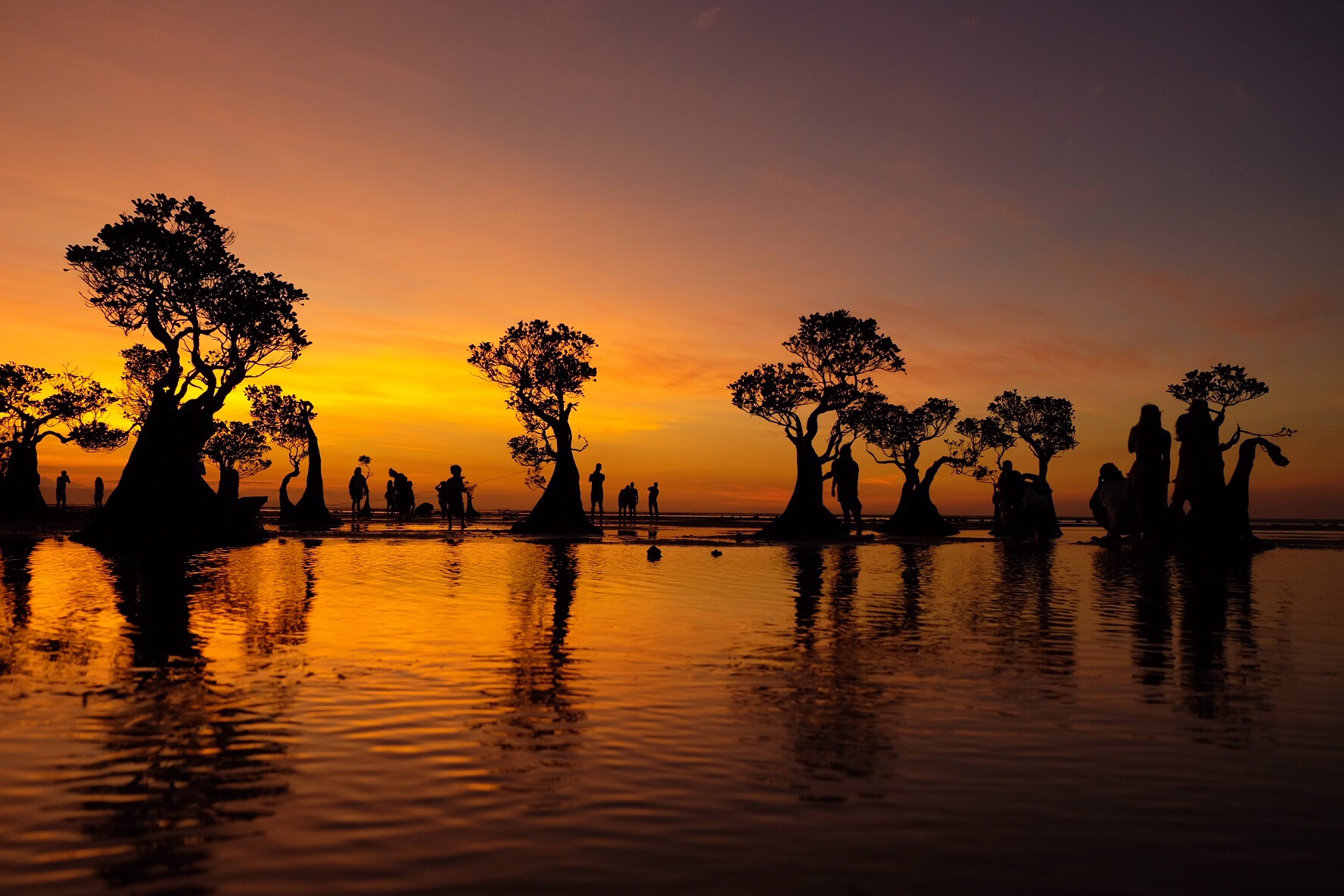 This beautiful beach in East Sumba has a characteristic Sumba beach that tends to be calm and the same as other beaches with white sand. It's just Walakiri beach is located not far from the center of the town of Waingapu which is about 24 km or about 30 minutes of travel time. In addition, Walakiri beach has much easier access compared to most of the beaches in Sumba in general. Although located near residential areas, this beach is quite crowded by visitors both domestically and abroad, and there are no fees to enter it.

Walikiri Beach also has its own uniqueness that is there are 2 different types of sand texture between the sand on the beach and sand in the former receding sea area. Sand on the beach has a texture like beach sand in general that is ivory-white beads whereas sand in a receding former sea area has a texture like powder or wet cement which then dries and hardens. Even more unique is the presence of clear boundaries between the two types of sand.

The beauty of the main attraction of this beach is the place that is considered very appropriate as a spot or place to make the sunset. At sunset, the silhouettes of the short mangrove trees at the end of the shoreline will swerve beautiful at low tide. The combination of the colors of the twilight sky and the silhouette of this mangrove tree will look truly artistic and photogenic. 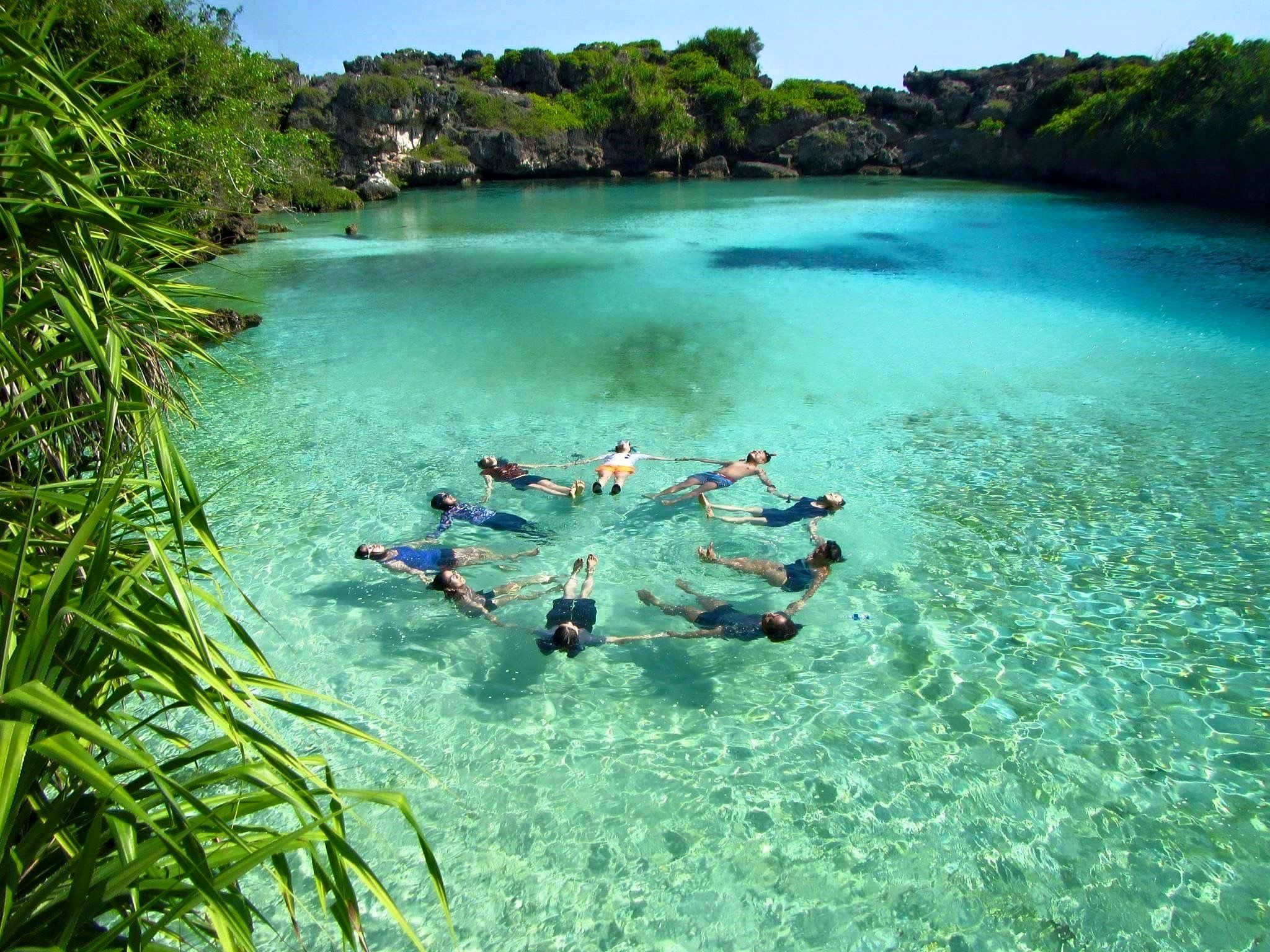 When visiting the island of Sumba, Lake Weekuri located in the village of Kalena Rongo, North Kodi, Southwest Sumba Regency, becomes one of the attractions that must be visited. Lake Weekuri is derived from the Sumba language which means splash water. Because this lake is formed from the splash of sea water that penetrates the rock to form the lagoon itself. The depth of this lake is around 30 cm to 2.5 meters at low tide and can reach 5 meters at high tide.

Lake Weekuri has some uniqueness that is the main attraction of this lake. Lake Weekuri has water with high salinity so that the water of Lake Weekuri is very salty and can make anyone floating for quite a long time without using a buoy. Then there are beautiful rocks that surround this lake. Ranging from cave rocks that form stalactites to stalagmites. In addition there are also coral rocks overgrown by plants such as cactus. Finally, some Lake Weekuri water points have beautiful color gradations. There are blue, greenish, to white from the reflection of the bottom of the lake.

One of the hilly areas that must be visited while on Sumba Island is Tanarara Hill. This hill has a beauty that can make anyone who sees it be captivated by its charm. Especially in the rainy season will further enhance the beauty of its charm.

Being in the Tanarara hill region will feel a different sensation like being in a fairytale during the rainy season, Taranana Hill will give an atmosphere and aroma that feels different, which is fresher and cooler. In addition, the Tanarara hill has coral reefs that look impressive like a mountain range in a row from an area. Tanarara Hill is also one of the perfect attractions to enjoy the beauty of the sunset.

The island of Sumba in East Nusa Tenggara (NTT) does have amazing natural beauty that makes it the most favorite domestic tourist destination. Moreover, it has 6 beautiful tourist attractions that spreads from the western part of the island of Sumba to the eastern part. All tourist objects that are much closer to the wild compared to people's homes make the tourist attractions on Sumba Island do not have too much access, so it will be a little difficult if you leave without preparation.