Speaking about Bali, there is no end for its tourism to speak about. We all know Bali is Heaven for travelers and backpackers. It's full of beaches, beautiful spots for photos, great natures, cultural unique places, cultural buildings, and many others.

But behind its beauty, Bali also saves mystical places that you might don't know. One of them called, Desa Terunyan (Terunyan Village).

THE UNIQUE SIDE OF DESA TERUNYAN

Desa Terunyan is located in Kintamani. It also offers a beautiful view and nature that will catch your sight, yet just based on its name, Desa Terunyan has a meaning as a burial place in Bali. When you visit this village you will not see a body put in a coffin or wrapped, but all bodies will be just left lying in a special place named Seme Wayah. The tradition for family members who are still there or still alive is to fence off the dead body with bamboo and then keep some offerings beside it.

A. THE BODIES ARE NOT SMELLS BAD

We all know the dead body will emit a foul odor because of the microorganisms that create various types of gases during the decomposition stage of the human body, but that is not applicable in Desa Trunyan. You will never smelled something bad such a foul odor once you be there. The bodies don't emit a foul odor. 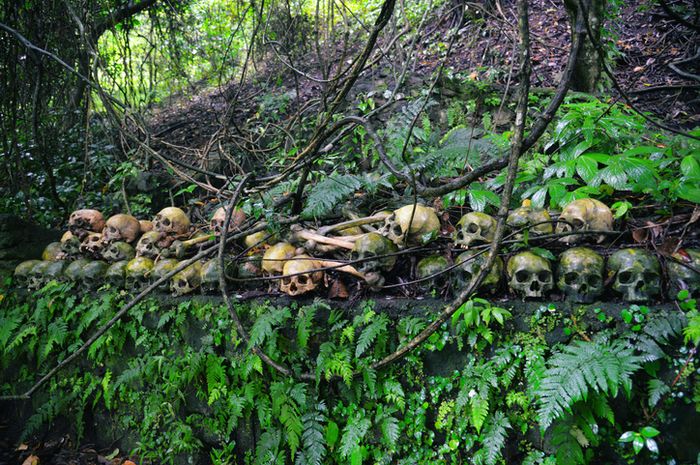 You probably wondering how come the bodies don't emit a foul odor. The bodies actually emit a foul odor, but Desa Terunyan has Taru Menyan trees. The trees around the cemetery are called the Taru Menyan tree which from two syllables namely Taru that means tree and Menyan means fragrant. So the conclusion that taru menyan is a fragrant tree and it can neutralize the stench from the bodies underneath them.

THE HISTORY OF TARU MENYAN

The uniqueness of Terunyan village will present you with a mystery that based on folklore. People there believe that the trees have been there for thousands of years and they never changed. There is no research that can provide an answer to the mystery of why these Taru Menyan trees can absorb the smell of the bodies.

According to its Legend, there used to be 3 princes and one princess from the kingdom of Java, Surakarta Kingdom, whereas at the time they were very interested and curious about something that smelled very fragrant approaching their region. Then, four of them decided to wander to find the source of the fragrant smell. Long story short, the eldest brother found the place and was captivated by the beauty of the goddess of Taru Menyan and married her.

You only need to rent a boat at Kedisan harbor on the edge of Lake Batur, Kintamani, Bali. The trip to the Trunyan cemetery can be taken within 30 minutes with a cost of around IDR 100,000.