The beginning of its existence can be traced to the incident that took place on January 17, 1948. At that time, the people of northern Bali made a promise that the location where they made a promise would be the Pura Republic. This promise they would fulfill when the Republic of Indonesia succeeded in winning against the colonialists.

In fact, there is no design on what the temple will look like. Until finally, the Balinese people agreed to build a monument at the designated location on March 31, 1966. 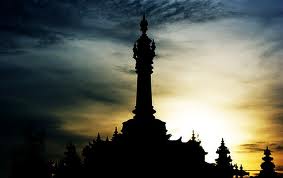 The construction of the monument, which was later called Tugu Bhuwana Kerta Buleleng, requires an area of 1,350 hectares. This monument is considered as an appropriate representation to describe the struggle that has been carried out by the people of North Bali. The height of the monument, which was deliberately formed 17 meters, is considered a visualization of the sacred figures for Indonesia's independence day.

Although choosing a monument design that is considered so appropriate in representing the struggles of the Indonesian people, in its construction, this monument still represents Balinese culture. This design can be seen in the presence of several Balinese symbols that can be found on this historical monument. 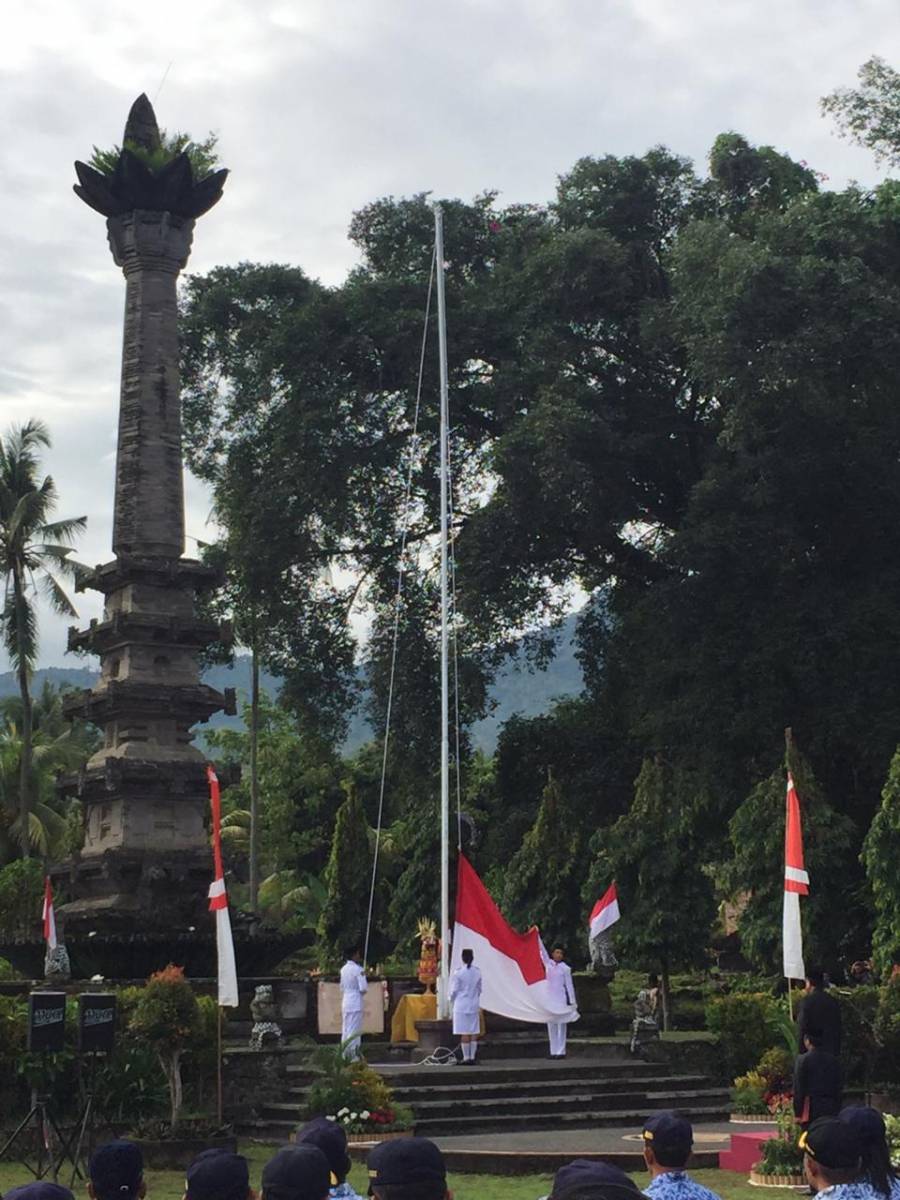 At the top of the monument, you will find padmasana and fire. Both are symbolized as gifts from the Creator who have given independence to the Indonesian people. The number of strands from Padmasana and the fire at the top were deliberately made to be 8, representing the month of Indonesian independence.

It's not enough to stop there. You can also get a pan with 45 gaps at the bottom of the monument. The number of 45 gaps is considered a representative of the year of Indonesian independence. With this symbolic representation, the Bhuwana Kerta Buleleng Monument has a very important meaning for the Balinese people.

For those of you who are interested in visiting this historic tour, you can come directly to its location which is located at Ki Barak Panji Sakti Street, Panji Village in Sukasada District, Buleleng Regency. This location is in a strategic place, especially not far from Lovina Beach, which is known as a beautiful beach with the allure of wild dolphins in its waters.

To enter the Bhuwana Kerta Buleleng Monument, you don't need to worry about an entrance ticket. This monument is a public area that can be visited at any time and without any entry fees charged to visitors. You can also invite family members to come here, especially children. That way, they can appreciate the results of the struggle of the previous fighters who steadfastly defended independence.