It is no longer a question when the island of Bali is enlivened by many tourists. Tourists who come to Bali, both local and foreign tourists, want to enjoy all the beauty for themselves. Tourists will never get bored in Bali because there are so many fun activities to do.

Some of them, visiting tourist objects are activities that are mostly carried out by tourists. Even when vacationing in Bali, tourists will not feel out of choice of places to visit. There are so many attractions that can be visited. Starting from natural attractions, cultural attractions, to various other fun places. One of them is the Bhuana Kerta Monument. 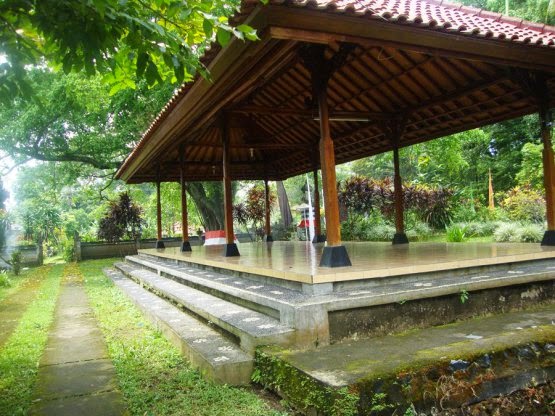 The beginning of the existence of Tugu Bhuana Kerta Buleleng can be traced to the incident that took place on January 17, 1948. At that time, the people of northern Bali, made a promise that the location where they made their promise would be built a Republican Temple. They will fulfill that promise when the Republic of Indonesia wins against the invaders.

However, the word Pura Republik which was made in the promise of the people of North Bali still does not have a clear physical form. In fact, there is no design yet how the shape of the temple will be. Until finally, the Balinese agreed to build a monument or monument at the designated location on March 31, 1966.

The History of the Construction of the Bhuana Kerta Monument

Despite choosing a monument design that is considered appropriate in representing the struggle of the Indonesian people, in its construction, this monument still represents Balinese culture. This design can be seen by the presence of several Balinese symbols that can be found on this historic monument.

At the top of the monument, tourists will find the presence of padmasana and fire. Both are symbolized as gifts from the Creator who has given independence to the people of Indonesia. The number of strands of padmasana and the fire at the top was deliberately made to have 8 strands, representing the month of Indonesian independence. It's not enough to stop there. Tourists can also get a tray with a gap of 45 pieces at the bottom of the monument. The number of 45 gaps is considered to be representative of the year of the independence of the Indonesian nation. With this symbol representation, Tugu Bhuana Kerta Buleleng has a very important meaning for the Balinese people.