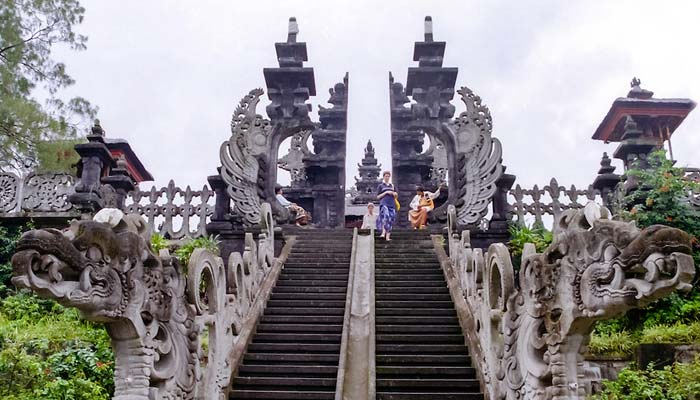 The Sacred Activities at Besakih Temple

So if tourists are vacationing on the island of the Gods, Bali and want to visit the Besakih Temple tourist attraction in a series of tours, and want to know about religious ceremony activities as local culture here, then ask for information from travel agents or drivers who happen to serve tours, because at certain times There is a series of religious ceremonies at Besakih Temple.

The Beauty of the Scenery at Besakih Temple

During major religious ceremonies, every temple building in the Agung Besakih temple complex will be beautifully decorated, with a strong spiritual nuance. Pujawali or piodalan at Besakih Temple is held regularly once a year during Purnama Kedasa (around April) which lasts for 3 weeks, then the Panca Wali Krama ceremony every 10 years, and Eka Dasa Ludra every 100 years.

Pura Agung Besakih in Karangasem is a place or complex of sacred buildings, and cultural heritage from the ancient Balinese era, as the center of Hindu temples in Bali, was once proposed as a world heritage site. Located at an altitude on the western slopes of Mount Agung, so in addition to the view of Pura Agung Besakih, the surrounding natural scenery also looks beautiful in its natural cool air.

For those who like tourism or adventure recreation such as climbing Mount Agung, apart from the starting point from Pasar Agung Temple, tourists can also start a recreational trekking trip to the highest peak of Mount Agung from Pura Agung Besakih. waiting for the mountain is conducive to climbing purposes. 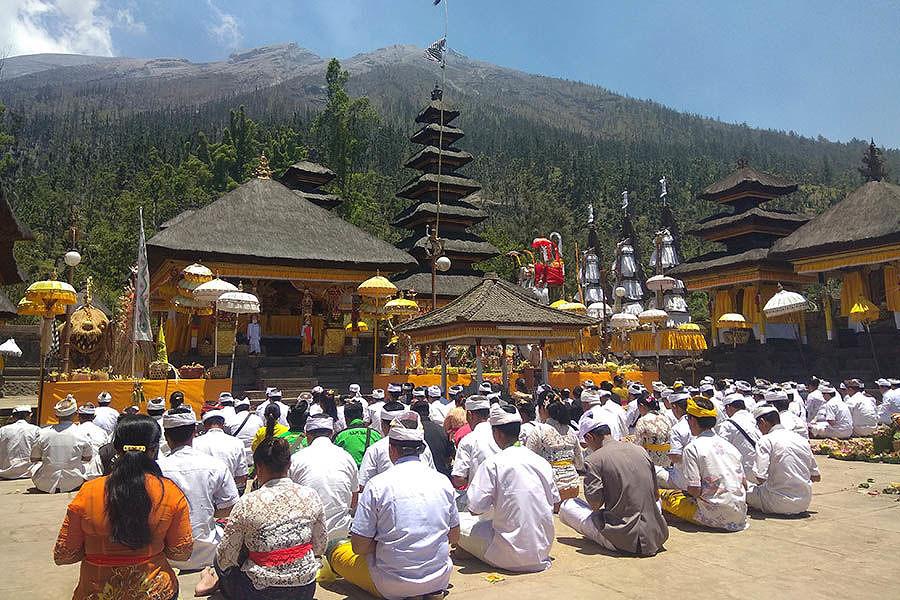 The Biggest Temple In Bali

Because Pura Agung Besakih in Karangasem is a popular tourist spot, tourism service providers always package Besakih tourist attractions in tour visits in Bali in the Besakih Tour package. This tourist spot in East Bali can be an alternative tourist destination besides beaches in Bali and offers a different natural atmosphere.